Learning Intention
To revise children’s understanding of a preposition

To introduce the idea that as well as being a preposition of place , many can be prepositions of time

What is a preposition?

It relates one noun or pronoun to another, often by describing where it is or where it is moving towards. 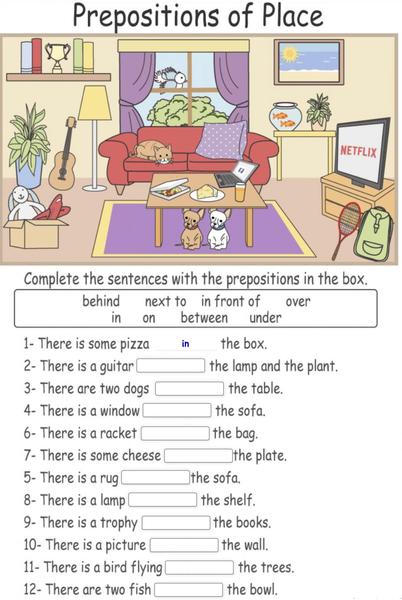 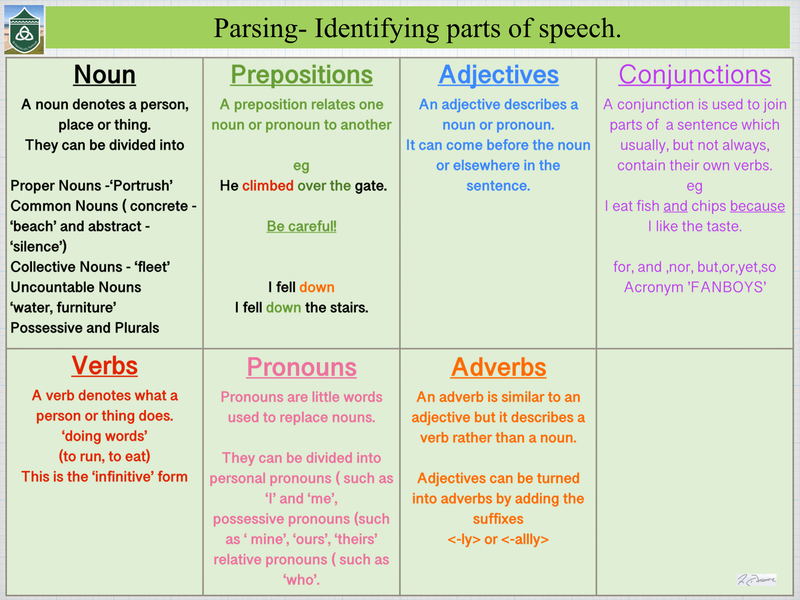 Look at this sentence

Michaela was running quickly along the hedgerow when she saw a large herd of cows in a muddy field.

Copy into your literacy book and parse using the poster above.

Now write your own extended sentence/s using as many parts of speech as you can. You could write something related to your world around us topic.

Let’s look at the sentence again.

Michaela was running quickly along the hedgerow when she saw a large herd of cows in a muddy field.

The preposition <along> describes where Michaela is moving in relation to the hedge.

The preposition <of> relates the collective noun `herd` to the cows and <in> describes where the cows are in relation to the field.

`Pre` means before and `position` means place so the meaning of preposition is `place before`.

Notice the the preposition are placed before the noun and also before any other words (like articles and adjectives) that describe or modify the noun.

along the hedgerow       in the muddy field

Michaela ran `during the race`,

Michaela ran `throughout the summer`,

In these examples the prepositions are relating Michaela to the time or event in which she ran.